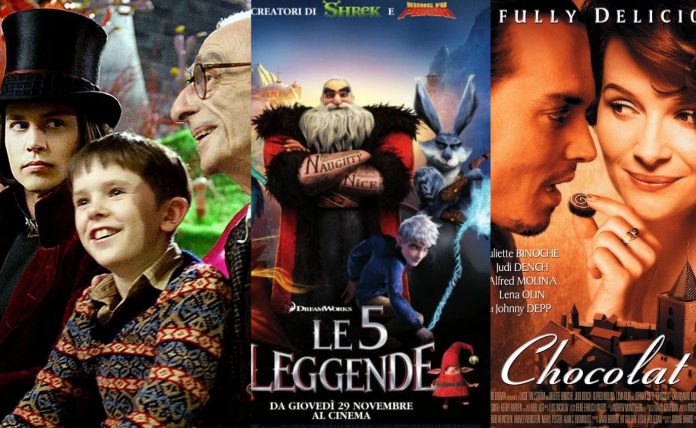 Christmas with your Easter with whoever you want. So the proverb went, no? Too bad that for two years now the choice has not been very wide. This year, however, there seems to be a glimmer of light, so much so that many people have planned their long weekend with an escape from their city.

Wait, how do you say? Didn’t you organize anything? Are you one or one of those who, even without a pandemic to the message “Let’s go out”, began to invent excuses to stay at home and watch movies?

You are in the right place, because today we will talk about five films, for both adults and children, to see during the Easter weekend. So, without getting lost in too much talk, let’s get started.

Best films to see at Easter

The first film that I can recommend is a film for the little ones, but a good excuse for those who still, despite their age, would like a nice Easter egg as a gift.

C.P he is the first and only child of the Easter Bunny, who will one day have to take over the “family business” and distribute Easter eggs all over the world. CP however wants to live his life without pressure from his father, and his biggest dream is to become a drummer. The intention of becoming the next Easter Bunny is practically nil. Thus, he decides to escape from Easter Island where he lives with his father, to reach Hollywood and pursue his dream of him. Meanwhile, Fred De Lepris (James Marsden), because of his laziness he is thrown out of the house, but thanks to his sister he manages to get an important job interview which unfortunately goes up in smoke when he hits CP with his car along the way. Fred doesn’t know what awaits him in the following days, everything would have thought except taking care of the Easter bunny and saving Easter.

After Despicable Me, Chris Meledandri, brings to cinemas a film that expertly mixes Live action and animation, finally dedicated to that holiday that we all consider less important than Christmas, but which, even if it serves as a simple entertainment for children, with some food for thought for the older ones , becomes a beautiful occasion for this day of celebration.

Rise of the Guardians

Long ago the man in the moon, a cautious observer of terrestrial events, chose four protectors for children around the world: Santa Claus, Sandman, the Tooth Fairy and the Easter Bunny bringing joy and love into their little lives, offering not only material gifts but also the ability to dream and hope. It’s a pity that “Pitch Black”, our black man, tries to hinder them in every way and by every means, sowing terror and not love in the dreams of children.

This is how the man in the moon sends to the four designated a somewhat particular help, the spiteful one Jack Frost who, however, does not feel up to the task assigned to him. An allegorical name that in the Anglo-Saxon tradition indicates winter and sees him as a collaborator of Santa Claus, which however no child has ever believed and which no one can see. Here begins the adventure against Pitch, adamant in his wickedness, but above all the tortuous road to self-discovery.

A film released at Christmas 2012, but which also goes well with the Easter period, managing to mix medium and message with a fast pace and an innovative story that will fascinate young and old.

Okay, here about Easter and religion practically do not talk about it, but how can we not recommend the sweetest film ever (in the version with Johnny Depp obviously)? A film that has always been a moment of pause for those who want to get away from reality, for a dreamer child and for the older one with a little nostalgia. Maybe you don’t even need to retrace the plot, because I think everyone has seen it at least once, but maybe a little review doesn’t hurt us.

Willi Wonkaoffers five golden tickets in five bars of his delicious chocolate for five lucky ones, who, finding them, will be able to visit the walls of the chocolate factory of Mr. Wonkatraveling in the magical world of sweets and gluttony. Charlie (a little Freddie Highmore who begins to take the path that will lead him to be the extraordinary actor he is today) is different from others, he is less fortunate in life. When he finds the infamous golden ticket, however, that life begins to take a new path and meet happiness.

Okkey, Okkey this too is not Easter or religious theme but how can we not recommend another film in which chocolate is the main protagonist and in which above all Johnny Depp is it in the flower of its beauty ?! Well. We couldn’t not write it, come on. Let Hallstrom stages a fable about the fight against conventions and one’s instincts where novelty, tradition, desire and abstinence collide, when the young Vianne, with her daughter Anouk as soon as they arrive in a very small village in France, decide to open a chocolate shop, which awakens the most hidden desires of the small community.

Don’t miss it and don’t miss the charming Roux (Johnny Depp) which in its own way awakens the most hidden desires, but in this case of the young Vianne.

We conclude with a flourish, taking a leap into the past.

Easter Parade – I loved you without knowing it

Charles Walters directs none other than Judy Garland e Fred Astaire, in a technicolor and one-of-a-kind film that elegantly enters people’s hearts and becomes an evergreen. The famous dancer Don Hewes is abandoned by his partner, Nadine Hale. He then decides to bet that he could make every dancer a star and so, practically at random, Don chooses Hannah Brown, a young dancer with a lot of talent but above all a lot of ambition. It’s time to delve into a classic of the musical and dance to the notes of 17 songs written by Irving Berlin, one of the most important composers of the twentieth century and author of the immortal White Christmas.

What are you waiting for? Prepare a bowl full of chocolate and turn on the television!