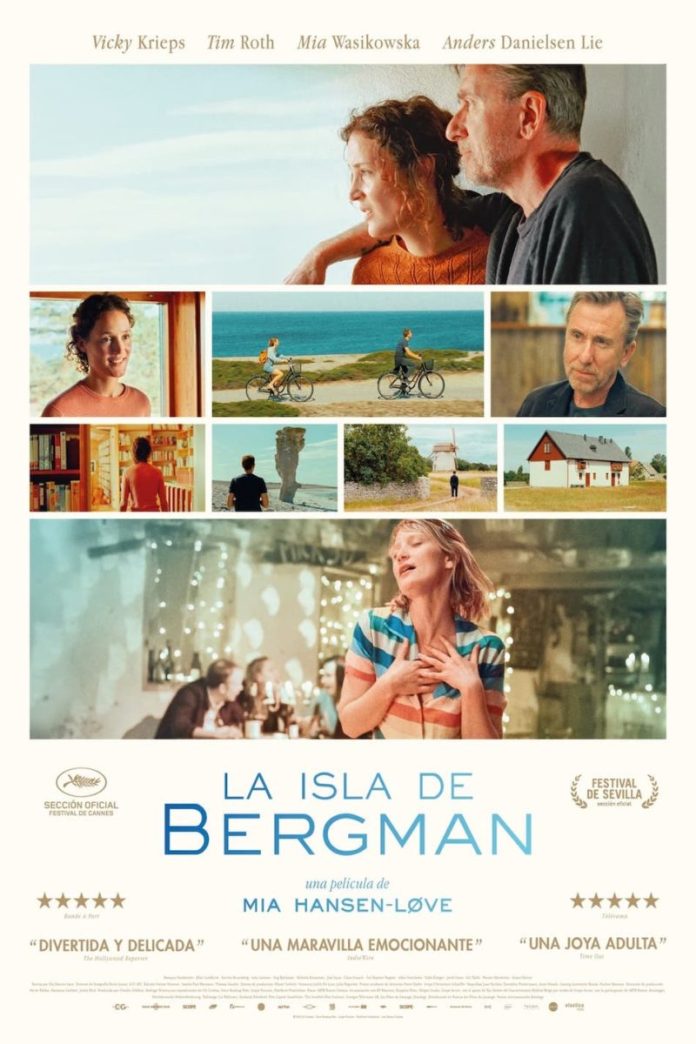 Mia Hansen-Løve, one of the old acquaintances of the D’A Film Festival, returns to the contest with one of his most anticipated films; Bergmann’s Islandhis particular personal and metacinematographic exercise around Fårö, the island where the director Ingmar Bergman resided.

A couple of film directors, starring Tim Roth and Vicky Krieps, decide to visit Fårö to find inspiration for their next projects. Roth’s character feels comfortable with the environment that the island inspires him, being able not only to progress in his work but also attending cycles and talks about his figure as a filmmaker. Instead, Krieps’s character seems to be confused in the euphoria of being in a place that is both supremely beautiful and full of dark mystery. A feeling similar to that produced by Bergman’s own films, beautiful but full of raw cruelty. When he finally gets the inspiration for his next film, the film’s own narrative draws us into it. Showing us the story of a woman (Mia Wasikowska) who is reunited with an old lover (Anders Danielsen Lie) during the wedding of a mutual friend that takes place precisely on the island of Fårö. The line that separates both narrations is gradually blurring, seeing the director herself reflected in the story that she is telling us. To give it a final meta-cinematic spin, it is also very difficult for us to avoid comparing Hansen-Løve herself with the character of Krieps, who in turn seems to be closely identified with Wasikowska.

Although on paper it seems very bizarre and complex, the truth is that Mia Hansen-Løve, with the invaluable contribution of the great actors who accompany her (including a cameo by the critic Jordi Costa), manages to make aA very reliable film about inspiration, creativity and the link between the authors themselves and their projects. Without forgetting the cautious admiration that shines in the background around the figure of one of the best directors in the history of cinema.