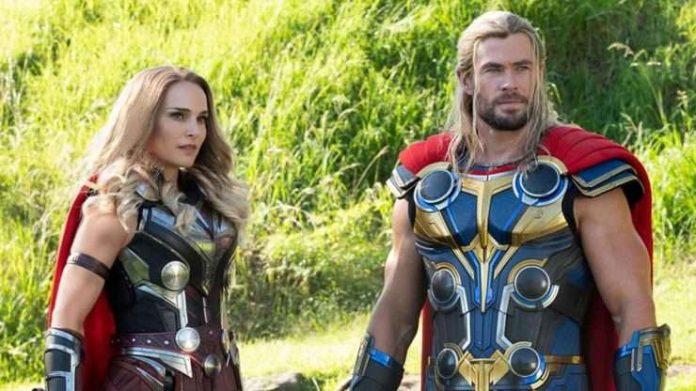 As the dust settles on post-multiverse shenanigans, we’re once again debating whether Marvel and the MCU are still a good thing for the industry or very harmful, only making things worse with each new release. Even now, we’ve seen so many new projects, returning heroes, multiple versions of characters, and a plethora of longer-range interconnectivity that even the most ardent fans have trouble keeping up with. Still, the longer those cash registers keep running, the more we see it increase, but is there really much more longevity to the franchise? Will it soon buckle under the weight of its own powerful expansions? And do we really need a fourth Thor movie?

Yes, after his mental breakdown, after Endgameafter Thanos snapped those long purple fingers… Thor is back for another movie under the watchful and playful eye of Taika Waititi, whose eccentric and boisterous version breathed new life into a character who had apparently run out of steam in two solo films. Their Thor: Ragnarok it’s a joyful, whimsical, electrifying kaleidoscopic beam that took the character to a new state. The New Zealander saw something in Thor that not many saw and, through a Jack Kirby-inspired lens, was able to resurrect him when all hope seemed lost with huge success and box office bonanza, making it almost inconceivable that the director wouldn’t do it again.

This leads to Thor: Love and Thunderan equally chaotic but brilliantly conceived fourth installment that’s just as fun and electric as its predecessor but with an added bonus, this time with a punch: Christian Bale, who trades his bat hood for a murderous sword on his Gorr The God Butcher, one of the most complex, fascinating and menacing villains in the MCU we’ve seen since its inception. Yes, Cate Blanchett she was fantastic as Hela in Ragnarok (here she also appears in a “new” form), but Bale’s magnificent and thoughtful turn is as good as you can get.

We also have Mighty Thor in the form of Natalie Portmanwho returns after her absence from Ragnarok, and she also helps breathe new energy (and love and thunder) alongside Hemsworth’s stoic hero and Tessa Thompson. Using some stories from some of the more recent comics, Foster’s story is one of second chances and heartbreak that is meatier and more meaningful than her previous outings, something the actress will likely have demanded to return.

Thor: Love and Thunder isn’t without its faults though: for all of Waititi’s visual flair and hedonistic designs and styles, the humor falls short at times and falls short of the heights it’s aiming for. But on the never-ending conveyor belt of Marvel whose world dominance is showing signs of fraying, this ray of color and whimsy is perfectly timed to give him the caffeine rush he arguably needed. The long-term result of the operation remains to be seen.

Film buff by vocation, critic by hobby. A film is good if it gets what it wants.