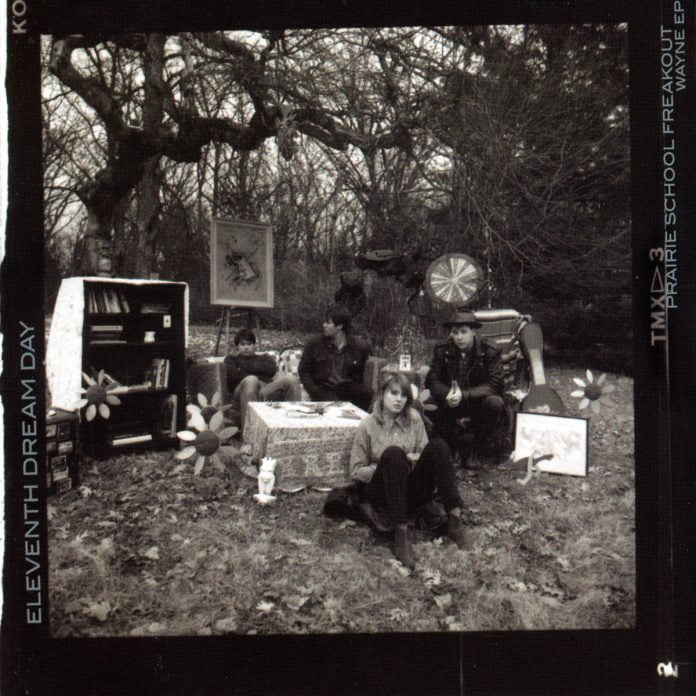 Eleventh Dream Day is a force of nature in the alternative rock universe and, by god or similar, with so many years of history and so much road traveled should be recognized as such.

Formed in the first half of the 80’s in Chicago by Mike Rizzo, Janet Bean, Baird Figi and Douglas McCombs (who years later would join John McEntire to create Tortoise), the group – a direct creation of the great Neil Young – has already released many (really!) powerful albums powered by high guitars, and today we put on the wheel the first of them, Prairie school freakoutfrom 1988.

It’s impossible to listen to any of the tracks on this album, whether it’s “Tarantula” or “Death of Albert C. Sampson”, and not realize the enormous influence of young Neil (laughs) on EDD’s music, both in the power of the riffs and the band as a whole. and on the vocals of Rizzo (who learned to play with the songbook Zuma, by Young); It’s also impossible not to think, while listening to “Coercion” or “Watching the candles burn”, of the term ‘guitar bands’, so popular in rocker ghettos from the 90s onwards. They are the guitar band itself.

Prairie school freakout was recorded in one fell swoop in just six hours, so the live disco punch is top to bottom, and the version we put on the wheel is accompanied by the EP Wayne, which came out a year later (both via Amoeba Records). Then Major Atlantic would take the group to their cast and there they would release three more great albums without changing their essence, which remained equally intact in the almost 20 years they worked with Thrill Jockey. And today, nearly four decades after its first Chicago road trips, Eleventh Dream Day remains true to the history it helped to build.