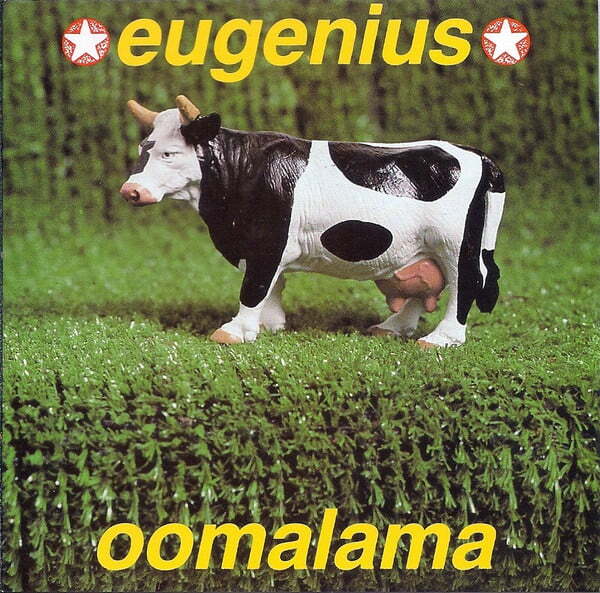 Eugenius was one of those bands that was born in the right place at the wrong time.

Eugene Kelly formed the group after the end of Vaselines and christened him Captain America, but Marvel gave up and so he renamed the quartet, then composed of him, Gordon Keene (BMX Bandits), Brendan O’Hare (Teenage Fanclub) and former bassist and Vaselines teammate James Seenan. Think with me: a team of this caliber, supported by the biggest fan anyone could wish for at the time (Kurt Cobain, who had declared Vaselines as his favorite band), label support, in short, had everything to take off. But it went bad. It was the early 90s, after all, and grunge was what it was, and both Eugene and his countrymen were thousands of miles from Seattle and light years away. what was grungetheir angst, self-destruction and raging guitars.

Ok, Oomalama – Eugenius’ first album released in 92 by Atlantic in the US and by Paperhouse in Europe – it has loud guitars and all, but if placed next to the gray cloud that covered his Yankee contemporaries, it’s a ray of sunshine and rainbows (laughs); it’s beer, not heroin.

Ramblings aside, the acetate debut of Kelly and co. it is, like the bulk of Scottish (and especially Glasgow) post-tsunami punk production, indispensable. The album brings together the two EPs released under the name Captain America, and is from the second of them – Flame on – which comes the only near-hit from Oomalama, “Buttermilk”. If this is the only Eugenius song you know, besides the wonderful “Blue above the rooftops” (‘success’ of the next album) or maybe the cover of “Indian summer” (aka “Stairway to heaven” indie), by Beat Happening, you can be guided by them that the path of this debut is there.

Sunny pop songs powered by guitars and whistling melodies, crossing Beatles and Big Star, Orange Juice and Byrds, exactly the same road followed by the Fannies, by the way – and also by Pastels, Talulah Gosh, BMX Bandits, Close Lobsters, Primal Scream circa 1987 and many others from or somehow connected to the C-86.

Two years later Eugenius would release his swan song and my favorite, Mary queen of Scots, but that conversation is for another day. For now, “Bye bye” rolls through my headphones, so…