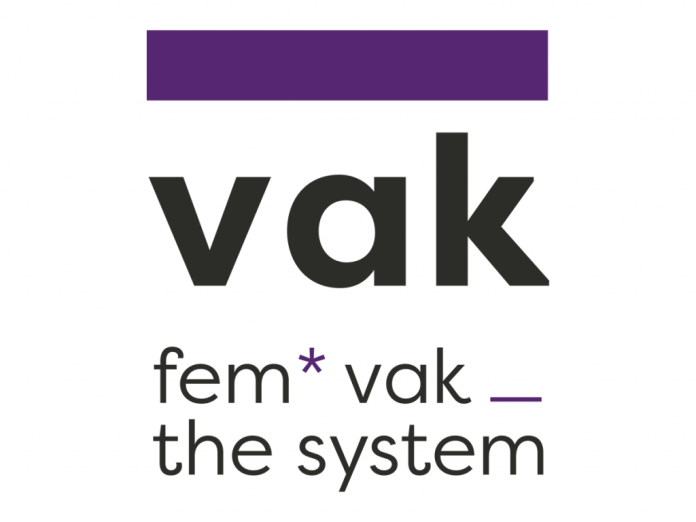 fem*vak has been around for a little over a year – an independent, intersectional network in the environment of the vak collective network, which supports and empowers FLINTA* in the club scene. The network now has its own fixed location.

“We are an angry group of FLINTA* people who fight with intersectional thinking for equal rights for FLINTA*s in the Leipzig collective and event scene” – with these words fem*vak introduced itself on Instagram in mid-May 2021 for the first time. Unfortunately, there are still plenty of reasons for anger and commitment. And that’s why a lot has happened since then: A separate podcast with sets by FLINTA* acts was launched on Soundcloud:

In addition, fem*vak FLINTA* parties at secret spots, organized awareness workshops and provides information on current issues such as knockout drops or hate crimes against LGBTQ+ on its own Instagram channel.

On June 26, 2022, the first fem*vak headquarters will open in East Leipzig. In a shop at Konradstrasse 56, “we want to create a space where we can work together, be creative and feel comfortable. Here we are driving our projects with fem*vak, supporting and empowering each other,” says the Instagram post about the opening.

This is very good news, because precisely such spaces are extremely important in order to further professionalise the network. But fem*vak has even more plans: “We would like to share the shop with other groups and make our premises available for this purpose. We prefer FLINTA* groups and individuals. However, use by non-FLINTA* users is not ruled out in principle. Anything is possible, we are open to ideas,” say Brit, Annabell, Laura and Lara in response to our email inquiry.

They are four of around nine active people who promote fem*vak as the core organizational group – there are another 20 people who support the network temporarily. The four think that plenary sessions for other collectives as well as small concerts, readings and exhibitions by FLINTA* artists as well as workshops, flea markets or clothing exchanges are conceivable at the fem*vak headquarters.

The idea of ​​setting up their own headquarters had been in the minds of some of those involved at fem*fak for some time. “When the plenary sessions started again after the Corona peak, we realized how cool it would be to have a fixed place where we can meet and hang out,” says the collective.

At the end of 2021, the network went on a search. And it was harder than expected:

“We searched intensively for four months. With all the vacancies around Eisenbahnstraße, we definitely thought it would be easier to find something affordable.”

“There were also several cancellations – but many of these free shops are still empty today. It makes you wonder what the background is,” say Brit, Annabell, Laura and Lara.

The next big project is the founding of an association. In principle, the use of the room should be free of charge. Since the shop is currently still financed from private funds, the operators of the fem*vak headquarters would be happy to receive donations from users – provided it is financially feasible.

“We are also happy about new and motivated faces. So feel free to come by on Sunday if you want to take a look and get to know us,” says the fem*vak crew.