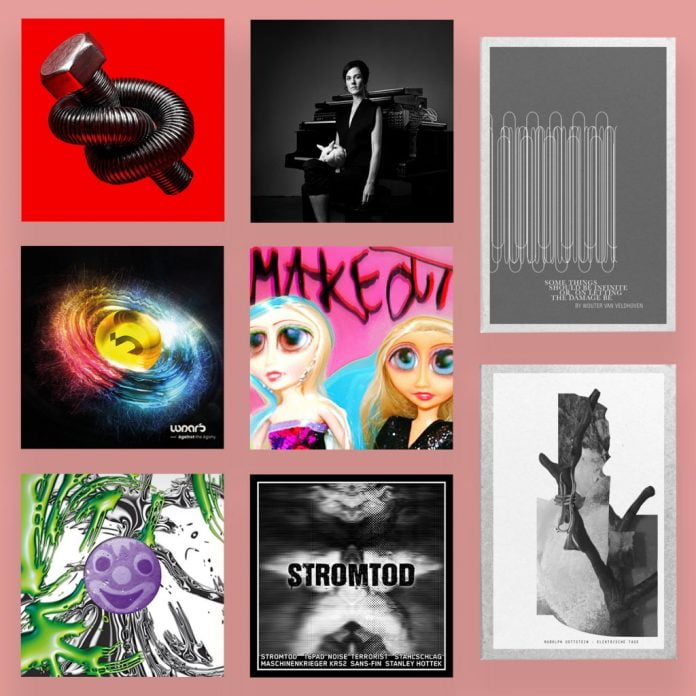 On the last day of June we look back at the releases of the month – there are a total of eight tips. Here we go!

At the beginning of the year we reported that Friederike Bernhardt has a new solo project – Moritz Fasbender. The first album on a Sony sub-label is due in July. An EP with four tracks was released a few days ago. And they offer a pleasant alternative to the pleasing piano neo-classical hype of recent years. Moritz Fasbender plays with similar piano images, but she repeatedly dissects them or breaks them by experimentally playing the keys. In addition, subtle electronic layers are pushed in between. Nevertheless, it remains contemplative and audible. No fake avant-garde, but a good balancing act between the worlds.

“Gravity Gain” was created together with Brandt Brauer Frick and is a bit out of the ordinary with its club focus. “Rabbits ((XXIM:EXPO #4)) makes you very curious about the album. The EP is available on all sorts of streaming platforms, just not on Bandcamp. So choose your provider here and watch the official video for “Last Airport”.

My hit: “Swifts”. Why: Because the floating harmonies flicker away so wonderfully again and again.

New Hook’s first real vinyl EP is much more extroverted and pathetic. After several compilation contributions, Riotvan is now releasing a song that was created in 2018 and ended up on a US label compilation in early 2022. But New Hook had even more in mind with “Manipulation”, so there is now a much rougher wave disco rework in which the provocatively chilled vocals seem even deeper and more dystopian. As if the piece comes straight from the subcultural West Berlin of the early 1980s. Dark disco hero Curses also contributes a remix that manipulates “Manipulation” a little more for the dance floor. Fits.

My hit: “Manipulation (Rework)”. Why: Because the rework conversion of the softer original causes significantly more attention.

A new Defrostatica was also released in early June – and a reunion with Canadian producer HomeSick. In 2019 he had already released an EP in Leipzig. After that he also experimented with machine learning and artificial intelligence. Did this research also play a role in the new EP? Be that as it may: The three bass and breaks tracks press forward full of compressed power at a rather slow tempo. Tangled and glitchy, hectic and ponderous at the same time. The twisted screw on the cover just goes so well with the sound. So that’s what the symbiosis of hip hop and drum & bass sounds like. Simply HomeSick.

My hit: “Fake”. Why: Because the track spins so crazy around its own axis and keeps absorbing new elements.

Lunar3 „Against The Agony“ (self-released)

Thanks to Booga. He heard the new Lunar3 record and says: The Leipzig live quartet around Andreas Wendland recorded four songs and released them on disc. The liquid drum & bass title track features Conkahgood and MC Amon alternating between the verse and the catchy chorus. “Let Loose” plays with half tempo dub elements, here Hanonik is on the vocoder mic and the trombones function as a choir. On “Overcome This” live drums grapple with various rave basslines, punctuated by somber pathetic harmonies and a pistol reloading noise. Singer Nora Lyn can be heard on the power-ambient track “Different Resonance”. The core of the release, sponsored by reboot culture, has a lot of melody – there may be rough edges live on stage. For example on July 16th, 2022 on the Peißnitzinsel Halle.

My hit: “Against The Agony”. Why: Because MC Amon the piece im Refrain easily creates a new level of breadth and clarity.

And now a special remix of a Leipzig drum & bass legend, who hides under the alias Tank Boy. But who are Baby Of The Bunch? A post-riot punk band from Leipzig, Dresden and Berlin, who released their second album Pretty But It Has No Use in April 2022 – an amazingly mature and stirring work, even if it doesn’t fit here too happy at all. There is now a remix for one of the songs, “Make Out”. Very classic drum & bass, driving and bass-loaded, the new version includes the original vocals, which gives the band a real boost to the riot vigor. Yes, this is going to be an anthem.

After the empowering remix, Submit Records is much darker. Stromtod (what a name!) from Vienna contributed an EP containing four tracks and six remixes at the beginning of June. And they move between frenzied industrial techno and menacing dark ambient – always with wide, dark reverberation rooms and dystopian sounds. Sometimes a few sinister vocals mix in as well. But in principle, this EP fits perfectly into the hard techno push of the last few years – only that everything is raised a bit more martially, especially with some remixes the noise club hits.

My hit: “Zeit (Rmx 16Pad Noise Terrorist”) Why: Because a moment of deep breathing is given here without giving up the gloom.

Wouter van Veldhoven „Some things should be infinite or, on letting the damage be“ (Visible Dinner For Invisible People)

Finally two new tape releases from Visible Dinner For Invisible People. We recently presented the label in more detail. With Wouter van Veldhoven, a new act from Utrecht is now joining the artist roster. He plays with tape recorders, pitchers, broken tape machines and other old sound devices. The result is a wistful, edgy electronica sound with meandering melodies and dissonant tones. All framed by a nostalgic analogue sound bed.

“These recordings are the result of having an idea, building it, listening to it, finding out it behaves completely different than expected, then adjusting yourself to the results you got instead of trying to force the machinery you built in directions it doesn’t want to go naturally,” says Wouter van Veldhoven, describing the process behind his new tape. Spread over two pages, 21 minutes of sound research unfold, which, however, always allows accessible moments. Exciting listening album.

My hit: “Or, On Letting The Damage Be”. Why: Because it sounds like a session where anything seemed possible.

And at the end of June, Visible Dinner For Invisible People reappeared in the glad glad release radar. Again with a new name: Rudolph Gottstein. Behind it is a Berlin duo consisting of trumpeter Lars Rudolph Elias Gottstein on electronics. The two brought their sound worlds to an album in twelve tracks. Very reduced and filigree, with experimental appeal. Sometimes both instruments merge seamlessly, it’s not clear whether the trumpet is squeaking or a synth. As with Wouter van Veldhoven, it is an exploratory work, without any directly identifiable pattern. More of a session that is sometimes more strenuous, sometimes more accessible. But it’s nice that Visible Dinner For Invisible People gives these experiments a platform. Again on tape, again with wonderful artwork.

My hit: “Day_6”. Why: Because here the two worlds of trumpet and electronics match the most conclusively for me