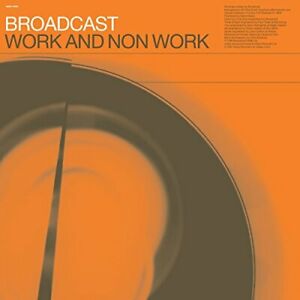 It is impossible to listen to anything from the Broadcast and not mourn the premature death of Trish Keenan, victim of pneumonia caused by H1N1, which I also contracted at the same time and which almost took me from this plane.

I discovered the band from Birmingham, whose nucleus was formed by Trish and James Cargill, through the P2P programs that filled my HD with music and viruses there at the turn of the millennium. In love that I was (am) for Stereolabwhen I laid my ears on “Come on let’s go” – one of two singles taken from The noise made by peopleBroadcast’s first full album released in 2000 – the chemistry was fast and the love at first listen, irresistible, after all, judging by this initial contact they were direct heirs of Tim Gane, Lætitia Sadier and co.

As invariably happens with bands I discover, I went back to their history and past work. That’s how I found out that the duo got together in 1995 and was one of the only ‘rock’ groups to join the seminal’s cast. Warp (the other one, as far as I know, was the Pulp) and that before debuting with The noise… had recorded and released a few singles and an EP, compiled in Work and non workreleased in 97 and which you can listen to below.

In these records, as well as in the full album that would come out three years later and in everything that Broadcast would give us until its dissolution, what is heard is a peaceful walk through landscapes where past and future are glimpsed at the same time, a sixties kaleidoscope constantly blurred by electronic elements. And up ahead, always in the spotlight, Trish’s icy vocals driving the journey.

Obviously, the more I dived into this trip, the more I realized that despite the similarities with Stereolab, Broadcast – as well as Electrelane and other offspring of the Franco-British – had (has) an aura of its own and very particular. In case you don’t know or want to remember this space trail of cold and psychedelic dreams where they left their footprints, in Bandcamp da Warp there’s his entire discography for listening.

Here, today, is our little tribute to Trish Keenan full of beautiful and ethereal memories ❤