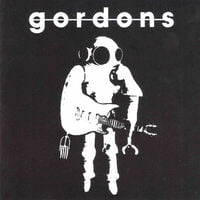 The Gordons were short-lived, and in their brief, explosive existence they were the darker, more chaotic and louder side of the prolific New Zealand independent music scene of the early 1980s encapsulated by Flying Nun Records.

They appeared in the city of Christchurch in 1980 and five years later they would implode and then be reborn as Bailter Space. But that’s a conversation for another day, today the conversation is about the beginning of this history of distortions, when John Halvorsen, Alister Parker and Brent McLachlan got together to further distort the already crooked post-punk of people like Wire, Fall e Alternative TV – to stay in three contemporaries – and become, in a lowly comparison, the kiwi equivalent to Sonic Youth.

Future shock, the trio’s first record, was released in the year of their formation and already shows how intense and noisy the guys were. “Adults and children”, last of the 3 tracks on the EP, won a clip with a simple and raw aesthetic that perfectly captures the ‘Gordons way’ (laughs) of making music: a powerful kitchen without frills, a guitar that suddenly becomes an emery. The end.

The first and eponymous album did not take long to come to the world, also – of course – via Flying Nun. The Gordons came out in 1981 and opens with the emblematic and dissonant “Spik and span”, a little lost classic that in this editor’s imagination occupies a prominent place in the history of universal independent rock, alongside, among others, “That’s when I reach for my revolver” of Mission of Burma e “Silly girl” do Television Personalities. Closing the package we have “Laughing now”, an electric nightmare, slow and minimalist, loaded with corrosive noise.

After a hiatus, in 1984 they would return to charge with Volume 2 and Vince Pinker taking Parker’s place on Gordon’s vocals. The record – which officially never saw the light of day – isn’t all bad, but it’s not remotely reminiscent of the furious Gordons of “Future Shock” or the experimental one of “Right on Time”. It was the (unnecessary?) finale of a volatile and highly explosive band, which with just ten songs recorded in two years exploded like a supernova and carved their name into underground music history, where it remains to this day. Find it out. Or rediscover.