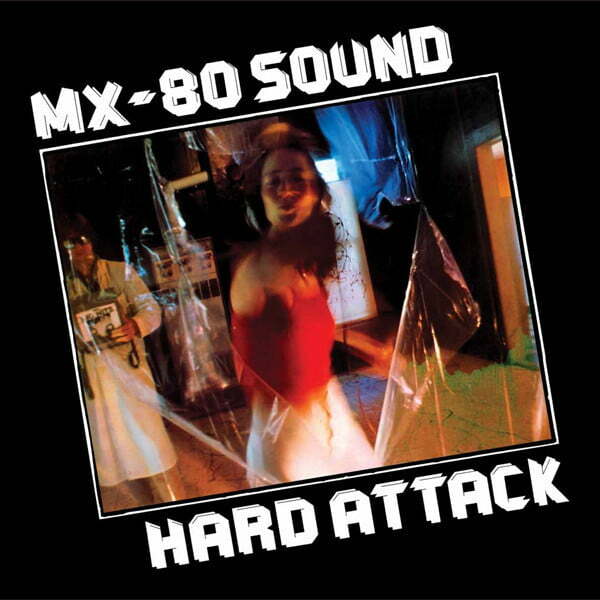 Of course, there are bands that even faithful to a certain aesthetic and/or modus operandi linked in some (or all) ways to the alternative universe end up embraced by the mainstream and shove their posture down the throat of whoever is willing to swallow it.

But outside the comfort zone of algorithms and with a deprogrammed mindset (hahahaha) is that the stuff is crazy, always crazy. See the case of Hard attack, the first full-length disc of the MX-80 Sound (or MX-80, as they were called from the mid-1980s onwards). Released in ’77, during the beginning of the punk tsunami, it’s something post-punk. In fact, it’s anything. I doubt you’d press play on “Man in the move” or “You’re not alone” and not hear the seed of what Sonic Youth would do several years later.

But the album also has heavy metal, some brass and lost keyboards, something close to the anarchic spoken word of John Cooper Clark; sometimes it sounds like a Yankee equivalent to the Fall (the MX-80 is from Indiana, USA), at other times it resembles the Pere Ubu or a less electronic Chrome, but in the end these are fragmented comparisons, because in a vision (audition) general, Hard attack has no equivalents.

Anyway, all this was written just to say: go further! If you love music and are moved by it, don’t just listen to what streaming services suggest; run away from the obvious jabá, dive deep, read small sites (laughs) and discover the new, even if it’s old. Like the MX-80, which was born in 74, recorded at least 4 badass albums – two of which are absolutely essential – and is still active, even though (almost) no one knows them. Yet.

Turn up the volume, press play and hold the trip!