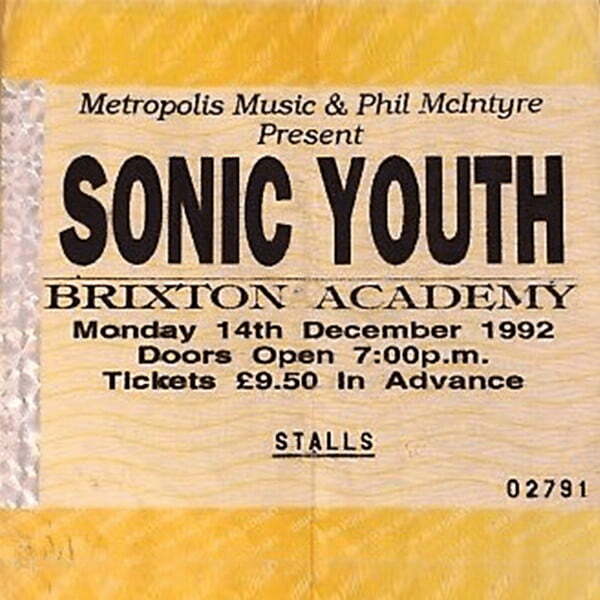 Imagine being in Europe in 1992 and taking the joint tour of Sonic Youth e Pavement disclosing, respectively, the discs Dirty e Slanted and Enchanted. Certainty of infarction, not minimal.

Well, unfortunately, witnessing this catharsis only happened in some of the parallel realities where another self inhabits, but here, in this one – where I luckily had the opportunity to watch both bands, even if at different times – the sonic youth continues to offer live performances in their Bandcamp, and today I handpicked and with great affection the second of the two shows they performed at Brixton Academy in December 1992, at the end of the aforementioned tour alongside Pavement (and also Cell, it’s good to remember).

On the 14th of the last month of that year, the then New York quartet took to the London stage and presented a DEVASTATING set, obviously based on the songs of Dirty, but not limited to them. Originally recorded and broadcast by the BBC and later made into a bootleg, Sonic Youth live at Brixton Academy it became an official album from the band’s own masters, with songs that were not on the BBC broadcasts or on the pirated records that popped up from then on.

That said, hit play, turn up the volume and dig deep into the 14-minute epic/dissonant/loud finale with “Expressway to yr. skull”. Good trip!