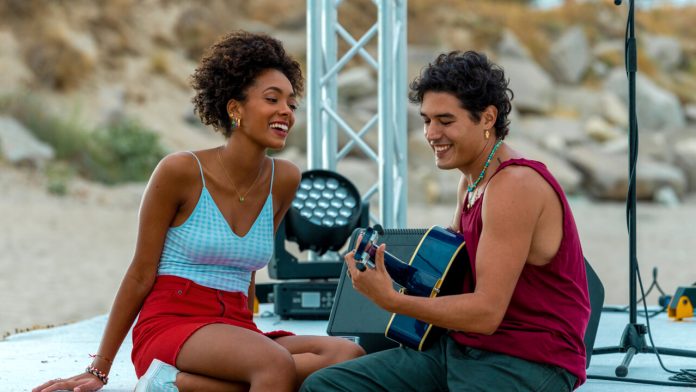 With its third chapter, the Summertime series comes to an end, available on Netflix from May 4th with eight new episodes.

Once again, our beloved protagonists find themselves living another summer in Cesenatico between new loves, lightness and new awareness. Find out with us everything about Summertime 3.

Another summer has now arrived and the Summertime guys are ready to spend it together. If, on the one hand, Summer (Coco Rebecca Edogamhe) wants to enjoy it lightly, on the other Ale (Ludovico Tersigni) experiences it in a more difficult way because of Lola who, despite the consequences of the accident, wants to get back on track at all. costs. Meanwhile, Blue, Summer’s little sister, has to deal with a new awareness while Dario seems ready to seize a new job opportunity and continues his story with Rita, also cultivating the relationship with his son Davide. Also returning are Edo and Sofia, each with inner battles to face.

The cast of Summertime 3: between confirmations and new entries

Summertime’s soundtrack always deserves a special mention. We assist our protagonists enjoy the summer accompanied by a soundtrack composed of songs by the likes of Caterina Caselli, Riccardo del Turco, Madame, Ariete, Blanco, Tananai, Achille Lauro but in one episode it also appears Saint John who plays himself and sings his new single, Scossa.

Summertime 3 review: the season of awareness

From the beginning, Summertime has set itself up as a light series, without too many pretensions, focused on the summer in Cesenatico of a group of boys struggling with their age, between loves and the carefree that distinguishes the summer period. The third chapter of the series does not differ from the lightness of the series but, after having made its protagonists well known, tries to draw a conclusion for each of them being the last season we will see.

If on the one hand there is still someone who hopes in the couple Ale and Summer, there are those on the other who are immediately surprised by the presence of Luca, the singer played by Cristiano Caccamo who attracts Summer’s attention and he proposes himself as his possible new love but Luca does much more than that. As their relationship evolves, he encourages Summer to let herself go into the world of music to which, as we know, she belongs.

Meanwhile, Ale’s attention is turned entirely to Lolainjured by Ale’s mistakes and upset after the accident but who will do everything to get back on track and Ale is the key to his future on the bike.

One of the characters who is the most exalted this season is BlueSummer’s little sister who, thanks to the new entry Viviana and Sofia’s proximity, manages to undress her fears and understand who she really is, free to be herself completely and in spite of everything.

Sofia, on the other hand, she appears duller than in the other seasons but, her life now far from her childhood friends and her current controversial relationship with Summer, lead her to develop new awareness and devote herself to her passion for photography. In this sense, her meeting with Federica, a very famous photographer, will help her.

How does Summertime 3 end?

In the finale of Summertime 3 all the characters seem to reach a conclusion that projects them towards a future of which there is no certainty but that of Ale and Summer, as single people, is not well defined. After being able to help Lola to give her back the joy of staying on track, Ale doesn’t seem to know what to do but one thing is certain, he needs to find himself. Summer, on the other hand, has finally lived her summer with carefree but what she experienced with Luca could turn out to be an opportunity for the future for her that we do not know if she will seize or if she will choose to leave with Sofia.

On the relationship between Ale and Summer, on the other hand, which so conquered the public at the beginning of the series, there seems to be no hope for the future of evolving as a couple since the two young people love each other but have taken different paths and the complicity with Luca and Ale’s love for Lola are the confirmation of this.

The Summertime 3 series has come to an end, reconfirming itself, with this last chapter, once again as a content not above expectations but to be looked at lightly; a series to be enjoyed in total relaxation in the summer.

Have you watched Summertime? What do you think? Let us know in the comments.