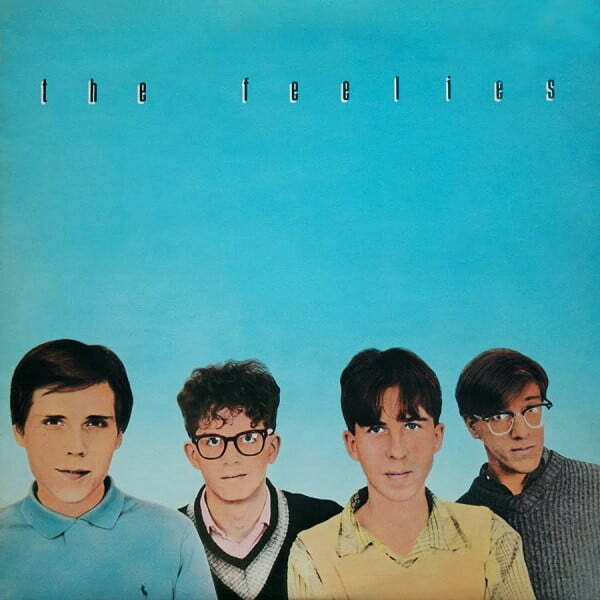 Part of the intense and insane music scene of the New York underworld of the late 70’s, the Feelies, if they didn’t have or have the due recognition outside the circles formed by music addicts, are one of the many pillars of the rock side of the 80’s. against. You can ask Michael Stipe, Stephen Malkmus or Ira Kaplan. Or even Julian Casablancas.

Formed in the suburbs of New Jersey around 1976, in 1978 the band caught the attention of Rough Trade who released their first single, Do What; two years later – on the 1st of april – another British label, Stiff Records, released the debut of Glenn Mercer, Bill Million, Keith Clayton and the unusual drummer Anton Fier, the 4 nerdy-looking guys on the cover in Crazy rhythms.

Feelies’ debut album – named after a passage from Huxley’s classic “Brave New World” – couldn’t be better named. It’s cover to cover, including his version of The Beatles’ “Everybody got something to hide (except me and my monkey)”, driven by a crazy rhythm. It’s frantic jangle pop, amphetamined and tense like a rubber band about to snap.

The influence of Velvet Underground screams throughout the record (listen to “Forces at Work” and vouch for it), but it’s like a VU in a rotation up, with Mercer’s slowed-down Lou Reed vocals functioning almost as a counterpoint to the urgency of Crazy rhythms.

Until 1991 the band released ‘regularly’ another three great albums, then went on a hiatus of a decade and returned to the active where it is until today. the last job, In between, is from 2017, and just like “Here before” from 2011, it’s a beautiful record. But at no point were the Feelies as badass as they were on the brink.

Find it out. Or rediscover.

A Place To Bury Strangers, CIEL | Coast Is Clear