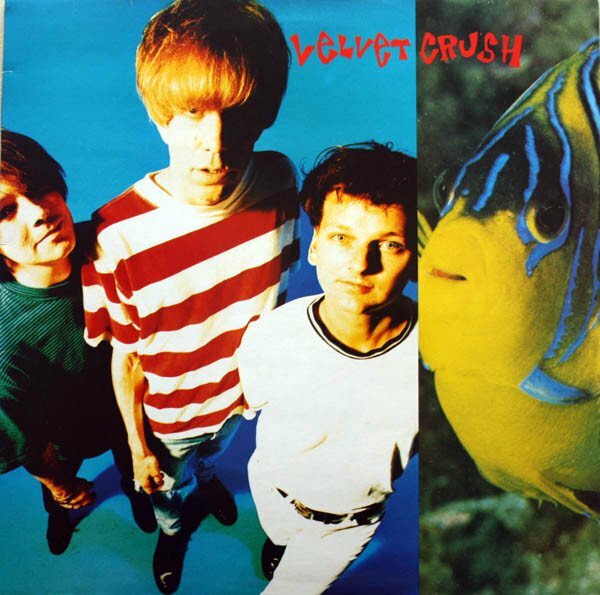 Velvet Crush is my second favorite band when it comes to ‘creatures of the Big Star’, second only to Teenage Fanclub, and maybe if they had released other albums as good as In the presence of greatness, their debut, were tied for first place. They didn’t launch, but this debut alone guarantees them the silver medal.

Formed in Rhode Island in the twilight of the 1980s by Paul Chastain, Ric Menck and Jeffrey Bochardt, the 70s power pop revival band started out as a duo (Chastain and Menck) that recorded and performed under many different names, releasing material through Picture Book – label founded by Menck himself, where recordings by the White Sisters were also made, a group led by Bochardt, who some time later joined the ex-duo to give rise to Velvet Crush.

In the presence of greatness came out in the magical 1991 and had Matthew Sweet’s hands on production and guitars, helping to flesh out the broth that Menck and Chastain produced in the pre-Velvet Crush era and giving the final (and perfect) shape to your 10 songs.

Amidst the shoegaze avalanche of the time it was released, the record (which came out in England through the gazer birthplace, Creation Records) is pure jangle, all built in the power pop mold of #1 Record e Radio city from the aforementioned Big Star – which in turn inherited the Byrds’ structures – and from their children spread throughout the 80’s, such as REM and the heavy benches of Paisley Underground and Dunedin Sound.

The guitar riffs and vocal harmonies that made the Teenagers so dear they are all here (even in the re-release of the album there is a version of “Everything Flows”), so if by any chance you missed In the presence of greatness these last 3 decades, now is the time to discover it. If you already know it, remember why the first paragraph of this text.

KW 19 – Freitag – frohfroh – we like electronic music from leipzig