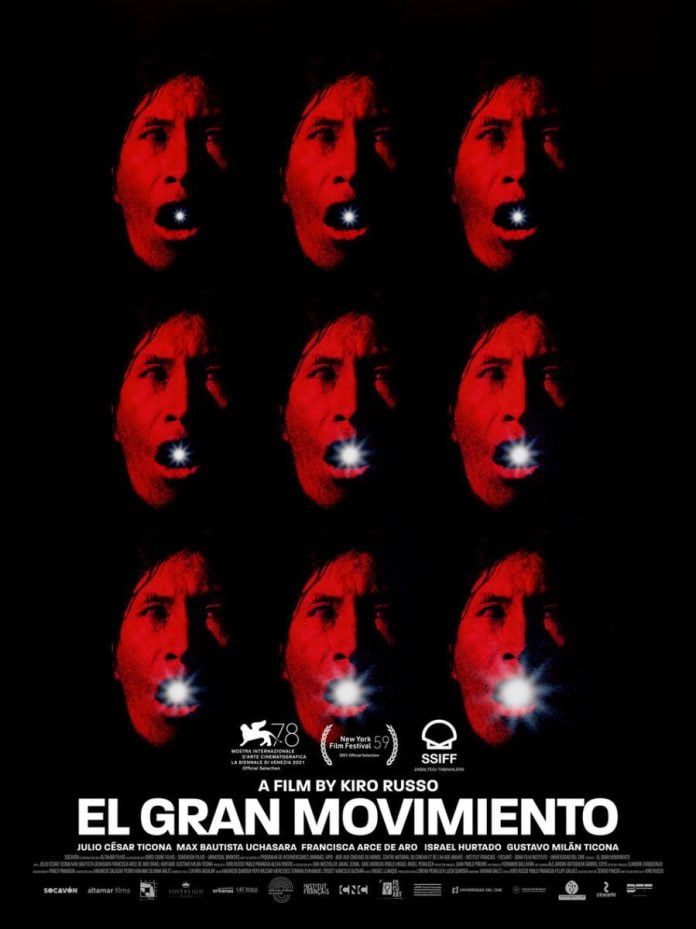 Intertwined images of a mysterious city serve as an opening to the big movea film that in its opening bars transports us from the cornerstone of the symphonies of a great city by Watler Ruttman to the cosmic reinterpretation of Benidorm by Ion de Sosa in Androids dream. But the city portrayed is neither a great European city nor a capital of tourism. It is La Paz, a city located at 3600 meters of altitude and that acts as the seat of government of the Bolivian people. The X-ray of the metropolis reaches a cable car that floats through a city that already seems built on air.

But the chamber goes down to solid ground, to shape the convulsive reality of a poor city, in constant protest, where some miners demonstrate to demand better working conditions. The sound of these crowds and especially of the violent police response will be the backdrop, the soundtrack present in the background, which will accompany the characters in the film. Among which we will find Mama Pancha, acting as the protective mother of the city, taking in her supposed godson Elder of her and helping him find work. Max will also appear, a great friend of Mama Pancha, a seer and beloved guru who lives on the outskirts, that is, in the real jungle where La Paz was built.

the big move erases the border that separates fiction from documentary, constantly moving between both, showing us both absolutely real characters with their own unintelligible jargon and shamelessly interrupting the narrative course with an incredible musical number. Kiro Russo makes the city itself the protagonist and walks in front of us hand in hand with his extraordinary characters. The end result of the experience is disconcerting, perhaps not very accessible to some, but what no one should doubt is the value of this film both for its uniqueness and for representing a totally unknown cinematography.