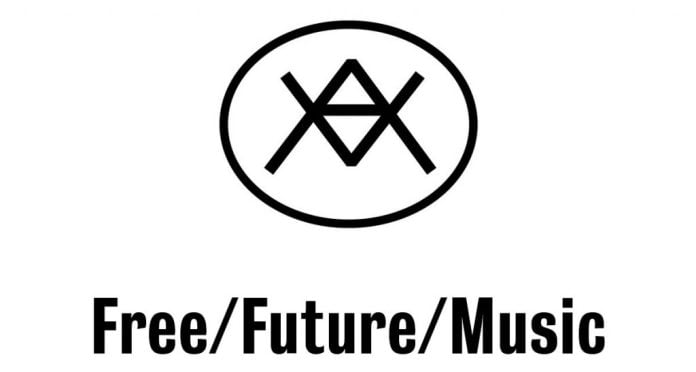 One of the most exciting and musically most open Leipzig labels is celebrating its big anniversary this year. With showcases in the spring and a big compilation in the fall. glad glad accompanies this special year of Altin Village & Mine.

What do well-known bands like Die Goldenen Lemons, Xiu Xiu, Future Islands, Fenster, Deehoof or acts like PA Hülsenbeck, Sven Kacirek, Map.ache, Phoebe Killdeer from Nouvelle Vague and the pulp fiction actress Maria de Medeiros have in common? They have all had contact with Altin Village & Mine over the past 20 years. The label celebrates the dissolution of genres like no other from Leipzig. Listening through the entire back catalog of over 70 releases is like riding through different worlds. Indie and punk here, electronica and avant-pop there, classic next to future.

The amazing thing about it: Altin Village & Mine acts on an international and super professional level in terms of music as well as artwork and music video design. And that has been consistently for 20 years. Shame on us that so little has been reported about it so far. But that’s Altin Village & Mine, too: extremely modest and unobtrusive as far as promo goes. Like a giant under the radar. But with a lot of dynamics – because in 2021 the label has advanced to a collective between Leipzig, Berlin and Cologne.

We are taking the anniversary as an opportunity to focus more on Altin Village & Mine this year. That’s why we present the anniversary showcase at UT Connewitz and interviewed Marcel Schulz from the label. A large triple vinyl anniversary compilation called “Free/Future/Music” is to be released in autumn – accompanied by a book publication. But first: Here we go, Marcel:

20 years Altin Village & Mine is one of the oldest Leipzig labels – is there a founding myth that you would like to share with us here?

My own socialization as part of the so-called DIY hard-core scene preceded the founding of the label. In the early 1990s, there were US labels like Dischord, Ebullition and Touch & Go essential for me. The sparked passion was reinforced by an exceptionally well-structured fanzine and mixtape culture that functioned completely independently, without the Internet. That motivated me to fill my free time with content related to my interests. This resulted in several pen pals, including sending mixtapes, which encouraged me to publish my own fanzines with friends, print shirts for other artists, organize shows and bring the first stripped down drum kit from a class trip. Then I played in my own bands and we released the first records on our own in the mid-nineties. With the last project we were planning to partially join the European tours of fellow US bands, so we desperately needed a release that we in turn shared with friends from New York. And so Oliver “Holm” Schütze and I founded the label Altin Village & Mine in 2002, out of the blue.

Similar to Warp, Kompakt etc., Altin Village & Mine is stylistically very open – what are the common threads in the artist roster and label catalog for you?

Although our releases are characterized by a subjective aesthetic, a considered and critical attitude towards existing conditions serves as a basis and is at least as important as the purely musical output. In addition, we maintain close friendships with our artists, which often have existed for several years.

Is it harder to be so diversified as a label?

Total! We certainly didn’t do ourselves any favors at first. Nevertheless, diversity was always more important to us than the reproduction of the back catalogue, even if it went hand in hand with economic unreasonableness. The thought of homogeneity has never felt right, but on the contrary, like sadness and standstill. As a result, the question arose again and again: continue or stop? I am currently happy that we have been organically growing together as a collective since the beginning of 2021 and are distributing tasks in a resource-oriented manner. Thank you Benni, Carmi, Sonja and Patrick.

You’ve always been very international – where are your Die Hard fans?

I actually can’t answer that, probably on Saturday at UT Connewitz?! (laughs) When we still processed orders ourselves, we regularly had to send parcels to England, Spain, Italy, Sweden and, of course, primarily to Germany. However, that always depended on the genre of the release. Thanks to our worldwide distribution structure, which our friends from Morr Music, with the affiliated, well-assorted mailorder Anost, coordinate professionally and reliably, I no longer have any insight into it.

What have been your personal highlights over the past 20 years at Altin Village & Mine?

Each release was characterized by special moments at the time of publication and was accompanied by a long wave of euphoria. This was, among other things, due to the close exchange with friends and the joint tours to the respective albums, which mostly felt like vacation. Although I have to say with some distance that I no longer have a strong connection to all publications from the past or even receive them. For the most part, I prefer to move in the present and maybe even a little bit in the future. We are in the fortunate situation of being able to act on an equal footing in a creative network of talented artists (music, artwork, video), in professional structures (sales, media partners, pressing plant, booking), on a friendly level and mostly in a relaxed manner to wear a smile on your face. I think that’s actually my highlight.

“It makes me happy and I’m deeply grateful for that.”

Thank you Marcel for the interview. As if that weren’t enough, despite the stress of preparing the showcase, he put together a playlist for us with some highlights from 20 years of Altin Village & Mine. And in the next two decades we will support the label more intensively, I promise.

On April 9, 2022, Altin Village & Mine celebrates its anniversary at UT Connewitz – with three acts that will each release their debut LPs on the label this year: Kalme, Modus Pitch and Cloud Management. Tickets are available online here.

calm down is a solo project by Sonja Deffner. The musician was already involved in many other bands, including Jason & Theodor, Die Heiterkeit, PTTRNS or Christiane Rösinger’s band. Her first album »Neue Sprache« has just been released, on which she sets “intimate and haunting, feminist reflections on atomization and solidarity” to music with synthesizer, percussion and clarinet.

Cloud Management pulses back into the trippy electronic minimalism of the 1960s and 1970s. Poly-rhythmically grooving and tightly interwoven. Ulf Schütte and members of the band Love-Songs are behind the project. Their debut “s/t” will be released in autumn.

Modus Pitch is the project of the Leipzig musician Fritz Brückner, who also takes part in White Wine. Here he seems to free himself from all genre shackles and, together with friends, brings together jazz, new age, dub, electronics and post-punk. An extremely vital and extremely contemporary mix. The debut album “Polyism” will also be released in autumn 2022.