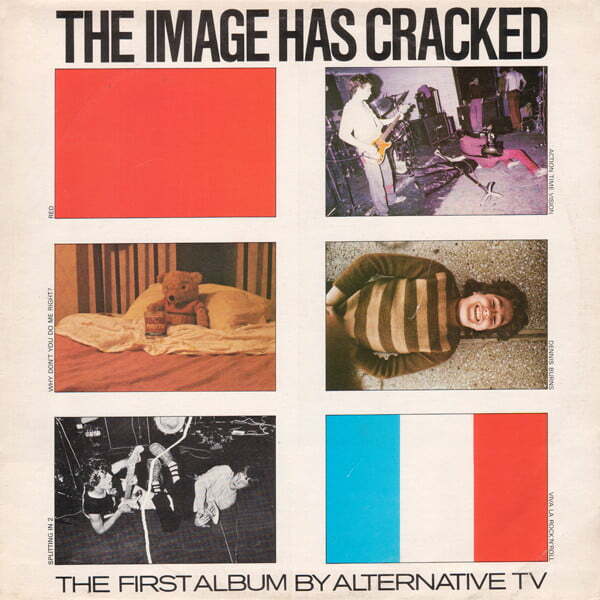 Once upon a time there was a guy who edited a little fanzine about a newborn music scene called punk. Over time, the little fanzine became a big fanzine, like the most badass of them all, but the guy who edited the zine got tired of writing about other guys, and decided he wanted to be in their publication himself. Briefly and in a very crude way, one of the bands most outside the curve of the first punk wave was born, the seminal Alternative TV.

Mark Perry formed ATV alongside Alex Fergusson in ’76 while he was still a reporter/editor/designer/disseminator/handyman at the aforementioned Sniffin’ Glue, who died to give life to his new venture: accompanying the latest issue of the fanzine was the The group’s first single, “Love lies limp”. In December of the same year (1977) came the 7-inch “How much longer/You bastards”, both works completely inserted in the punk rock universe (“You bastards” was among the favorites of the master John Peel). But then Perry ‘fired’ Fergusson – who would later found the Psych TV with the crazy Genesis P-Orridge) and with John Towe and Dennis Burns as henchmen he put in the world “Life after life”a single that radiated Jamaican vibes and featured the ‘new’ Alternative TV.

But the Clash was already doing this tour in 77, right? It did, of course, but it didn’t have Jools Holland lending his synthesizer for the intro of the opening track of his first album (laughs), in this case a live version of “Alternatives”, by the arsonist The image has crackedreleased in June ’78.

In fact, half of ATV’s first album comes from the same performance of the band and portrays well what was the explosive mixture of almost spoken word to Mark E. Smith from Mark Perry to the four chords of punk rock. Or the slower, more cadenced beat of post-punk, whatever. The other half brings pianos, chaca-chaca and experiments that are neither one thing nor the other (someone define “Red” or “The force is blind” – originally released as a single and later on the CD reissue of 1994, which you hear in the player below).

In the following years and works Perry et al. they would further stretch the limits of what they understood by punk, which outside of musical or aesthetic standards, was nothing more than creative freedom. Attesting, one of these days we’ll put it on the wheel Vibing up the senile man, her second hallucination; for today the underrated classic The image has cracked it works as a gateway – or re-entry – to the Alternative TV universe.