Angelina Jolie is in Italy in the pre-production of her fifth feature film as director, Without Bloodand her first under the mega agreement signed with Fremantle, which will see the Oscar winner produce, direct and star in a series of feature films, series, and documentaries.

In the case of Without Blood, Jolie’s work will be behind the scenes as a producer and director, having at her command the first two signed in leading roles. These are the Mexican actors nominated for an Oscar, Salma Hayek (Frida), y Demian Bichir (A Better Life).

The news was released by the Deadline medium, and later, Hayek confirmed it through a post on Instagram in which he says:

“Being directed by @AngelinaJolie is a dream come true. I have been a fan of her work as a filmmaker for many years. And as if that were not enough, I am also lucky enough to work with two great friends, Angelina and @demianbichiroficial!”

The pre-production of Without Blood, film based on the bestselling novel written by Alessandro Baricco, is being made right now in southern Italy and Rome.

“[Without Blood] It is a fable set after an unidentified conflict on a farm deep in the Italian countryside.

About the project, Jolie expresses the following:

“I am honored to be here in Italy to bring this very special material to the cinema, and that Alessandro Baricco has entrusted me with the adaptation of his book, with its unique poetry and emotion and his way of seeing war, and the questions that asks about what we look for after a trauma, a loss or an injustice”. 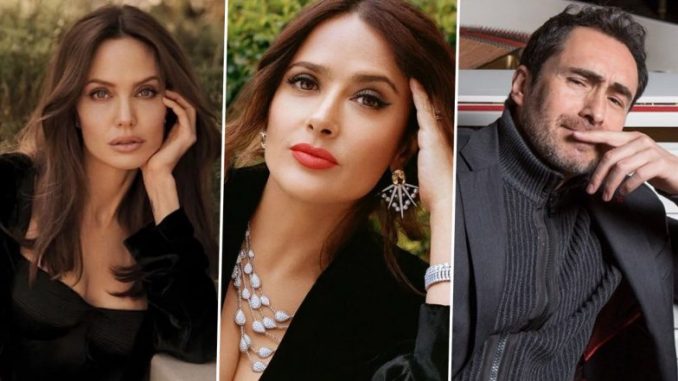 The feature film is produced by Fremantle, Jolie Productions, The Apartment Pictures, and De Maio Entertainment. Fremantle will be the distributor. The project has been in development for some years.

Hayek is currently shooting the sequel Magic Mike’s Last Dance, while Bichir is preparing to start shooting the Showtime series Let the Right One In.

As we mentioned, this will be the fifth feature film directed by Jolie, and her seventh project as a director overall. Jolie debuted behind the lens with the documentary A Place in Time (2007), following with In the Land of Blood and Honey (2011), Unbroken (2014), the lyric video for ‘Miracles‘ by the band Coldplay (2014), drama By the Sea (2015), and the Oscar nominee, First They Killed My Father (2017). 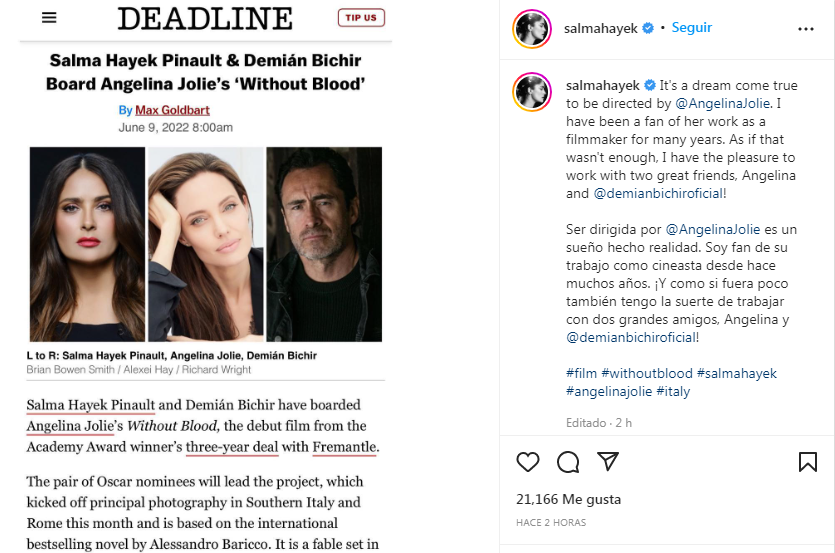